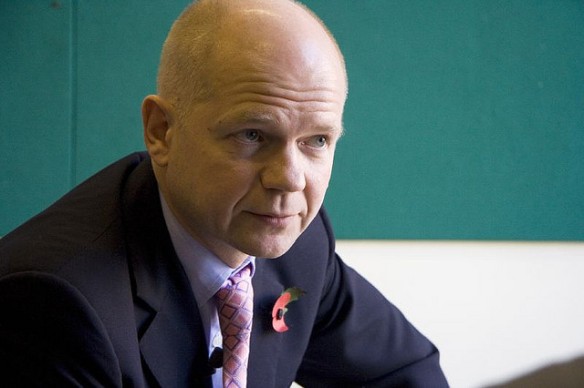 In many ways the Foreign Secretary, William Hague, is a very good role model, but it seems that for some students the lesson they’ve taken to heart is his self reported binge drinking, with York University Conservatives saying there will be medals for those students able to drink the full 14 pints.

The Spectator reports an interview Hague gave in 2009 in which he says:

‘I get students writing to tell me about having a Hagueathon: they are trying to drink 14 pints, or have a three-legged one where two of them drink seven pints. That is my contribution to the English language. Margaret Thatcher contributed ‘Thatcherism’, all I’ve contributed is the name of a drinking contest.’

I’m sure that Hague’s influence on student drinking culture is being over-exaggerated in these stories, and that were Hague not to have inspired this particular drinking game that others would not be played.

But it did set me thinking about whether there’s a broader point as highlighted by the research reported in the Daily Telegraph recently that suggested that adults when asked about drug use by their children should not necessarily be open about it.

Perhaps when asked about these things by the media it would be wiser, all round, for politicians and celebrities to draw a veil over their own excesses.